I thought of creating this page to simply put all together the things I have in mind right now....I mean vacation and hobby-wise. I will update this page anytime if something or whatever comes to my mind.

TO BE TICKED OFF SOON

MET or PARTIALLY MET
Just in case you'd like to grant some of my wishes or you have any suggestion, I'd appreciate you dropping an e-mail at my.misalyn1996@gmail.com or simply post your message(s) below. Ciao!

Marhaba! SHUKRAN JAZILAN for taking time to reading my posts and posting your comments. 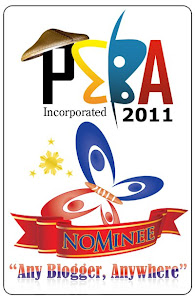 This blogsite is managed and maintained by a nurse turned photo enthusiast. Please help me maintain this site by donating any amount. Your donations will be given to the charities and advocacies that I am currently involve with. Thank you so much.

Pens of Hope by Nortehanon

Topics, Places, Things and People I write About (",)